An 8-bit computer entirely made out of TTL logic chips on a dozen breadboards. 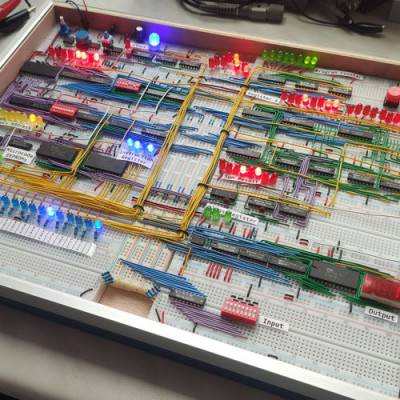