Three beautiful electronic clocks, each displaying time differently. They are made out of RGB LEDs and copper wires as the structure, with 3D-printed and painted cases. 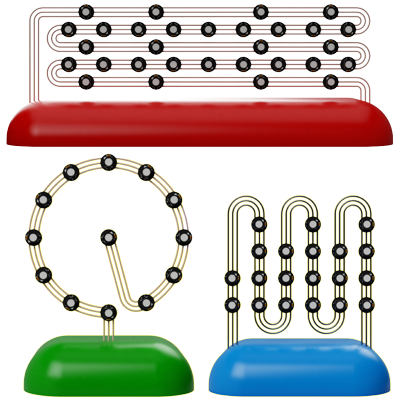